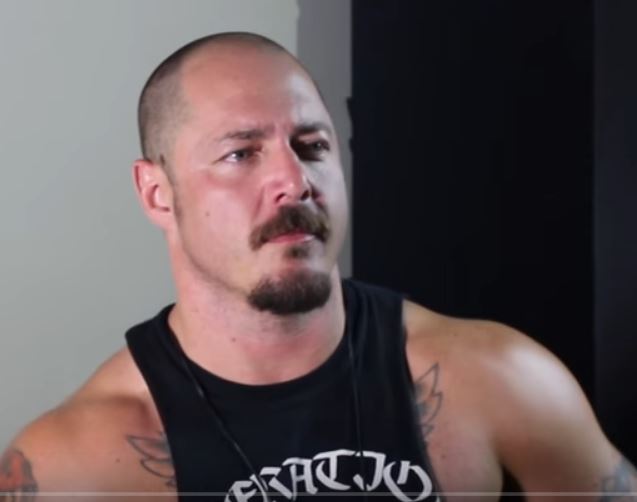 When I talk about neo-machos, I refer to a wide variety of propagandists like Gavin McInnes, Roosh V, Jack Donovan (featured picture) online Pickup artists. I would like to show how dangerous it is to be a neo-macho.

Fighting for women: They encourage fighting for your wife, your daughter, your girlfriend. On earth, women are already overprotected. That’s men who are likely to be killed in a brawl, during a battle or in a war; not women.  For instance, if you read the news of any big cities, you will see that most of the time men are killed; not women. Meanwhile, neo-machos pretend that women still need to get protected by men.

In the first place, women should be protected by the police; not a man.

It would mean that men should take additional risks for women all the time and expose themselves. I read numerous stories of men who have been killed by trying to defend a woman.

Here is an example

Courtney Jernigan was shocked to hear about the death of her big brother, Jonathon Prins. But she wasn’t a bit surprised about how he died.

“He was going to jump in and come to somebody’s aid because he always had,” Jernigan tells PEOPLE. “It didn’t matter who it was, he did not care. He would jump in front of anything, there was never any back down from Jonathon.”

Prins – a 29-year-old sergeant first class in the Army, with three overseas tours behind him and three kids at home – was allegedly fatally shot by a man just after midnight Sunday outside a South Carolina bar, Lexington County sheriff’s spokesman Capt. Adam Myrick tells PEOPLE.

Both were killed, he says.

Being pushy:  After being pushy a woman can sue you for false rape allegations or false sexual harassment. Neo-machos manipulate you. They want you to act while they stay in the back. You take the risks and they take not risk. They encourage you to cross the lines of your local legal framework. Then, if you are sued for sexual harassment, you will not see you neo-macho friends anymore. No-one will support you. Worse than that, they may criticize your behavior even if they were responsible for it.

Honor: Doing something for honor means doing something for a reason that is not rational. Honor means that you don’t act for your interest. Honor is useless in a man’s life. For instance, let’s imagine that a woman cheated on a man and the said man gets aware of it. If he kills the woman or the lover in the name of honor, this will have no benefits for the cheated man. On the other hand, if the cheated man decides to divorce right away, it is rational.