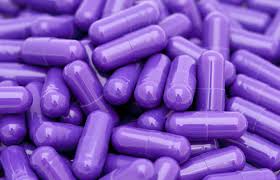 Sometimes ago, I was on discord and I discussed the prostitution phenomenon in Ukraine on a MGTOW discord room with a so-called MGTOW member. During the conversation, he started to say that Ukrainian women were victims of the harsh situation in Ukraine. According to him, since they were desperate they worked as prostitutes.

This is a purple pill behavior to me when one thinks that women are victims by default even if there is no evidence that they are victims of anyone or any situation.

Quite interestingly, during his speech, he never said that the financial situation was difficult for Ukrainian men. He didn’t say an inclusive statement like: “life is hard for Ukrainian people”. He only focused on women. Thinking about it, it is a residual blue pill reaction.

This issue didn’t happen only once. On MGTOW group, I said that in Europe there were no women trafficking. One member told me that sometimes there are women trafficking on the french riviera. He had no evidence for sure.

For your information, women trafficking is like the rape culture, it is a myth. Do you imagine that many men who decide to jail women in a room, take away their IDs and ask them to work as prostitutes? This never happens. Even if our media are feminists and leftists, they never report such a piece of news.

For your information, when I lived in the Netherlands in front of a red-light district, all the Eastern European women, I have met who worked in the red light district to get big money quickly without any skills. This had nothing to do with poverty.

Here are some key points to find that a man is a purple pill: