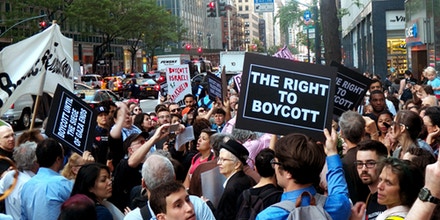 The advertisement shows several women assaulting men, their property or their business. A woman throws a mug to the face of her boss. A woman jumps on the car’s hood. Another woman breaks the window of a meeting room.

In this advertisement, the Bianco footwear brand states that equal pay is not enough and that women should better paid than men. This is feminism at its best. Feminism does not want equality of men and women. Feminism is a totalitarian ideal where women would have a higher status than men.

Quite interestingly, all the bosses are white men. So, it is also this leftist ideology of feminism that implies that white men are the root cause of every problem of women.